Makram Aboul Hosn is a frequent performer in the Beirut music scene. You could find him on different stages playing Jazz, Rock, Classical, and Arabic music with different groups all within the same week. Between 2017 and today he worked as an instructor at Notre Dame University, and Metro Academy teaching a wide range of courses from Ensemble performance, to Arranging, and Theory.

Makram plays both electric and upright bass in a variety of styles, and composes Classical works for small chamber ensembles, and Jazz compositions for small and large ensembles of creative improvisers. He also writes blogs on music and art/community.

His first album "Parallel" is a spontaneous duet recording session with pianist Jeremy Siskind, and it features one of Makram's compositions "Debbie's Waltz", a romantic classical piece with a brilliant improvisation from Jeremy. The remaining tracks are Free Improvisations mixed with creatively approached Jazz Standards such as "All Blues", and "Body & Soul".

After receiving a grant from The Arab Funds for Arts and Culture (AFAC), Makram recorded his second album Transmigration, featuring eight of Makram's compositions. The music was written for 5 saxophones, flutes, vibraphone, vocals, bass, drums, and percussion. Transmigration was officially released in February 2021. 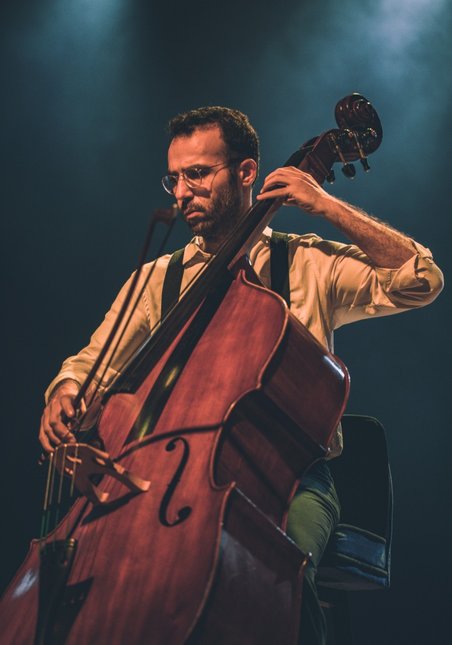